Tips for Filing Your 1099 This Year

Tips for Filing Your 1099 This Year

It’s that time of year again – tax time! If you own a small business, you probably need to fill out several forms for your employees and independent contractors. You could give all of these tasks to your accountant to fill out, but that could cost you money that could better be spent on your business. Filing your 1099 form is not complicated, but not doing it can come with serious repercussions. Here are some tips on filing your 1099 this year:

What is a 1099 form?
A 1099 is a series of documents that is used to claim all income. This includes work that is done as an independent contractor. The 1099 is also used to record other income such as interest and dividends from investments, government payments or withdrawals from retirement accounts. You, as a business owner must issue and file these 1099 forms; your independent contractor is responsible for reporting and filing them on their own tax submission.

Information gathering
The first step is to gather all pertinent information that needs to be included in the form. This includes the independent contractor’s name, social security number, address, dates worked and hourly pay. You will also include how much was paid on each pay, and what the yearly total is.
Filing the form will be much quicker and easier once you have all of the information for each contractor in front of you.

Penalties for not filing a 1099 form
There are penalties for not issuing a form, as well as not filing. The penalties are as follows:
Not issuing: Fines can range from $30 to $250 for each statement not filed, and there is no maximum.
Not filing: Generally, if a contractor doesn’t report their earnings that were issued on the 1099 form, then they could be charged 20 per cent of the understated amount. For example, if a contractor claimed $500 instead of $1000 of income, they would be charged 20 percent of 500, or $100.

How to file as a business owner
Using an online system, such as Wage Filing, is a simple process that can have you moving on to other business in just minutes. There is no software or forms to download; simply create an account and enter the pertinent information. Once you’ve checked out, you can print the forms for your records and/or send them to the IRS. The system can even e-file the forms for you, making it even more convenient.

Taxes and income forms can seem overwhelming, and many business owners dread the thought of tax time. With Wage Filing, you can get your taxes done quickly and conveniently. You may not enjoy the thought of doing them, but at least, you won’t feel overwhelmed. 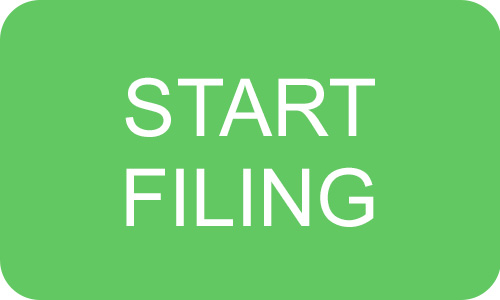 Have questions? We have answers.

Stop wasting unused tax forms! Join other small businesses across the country in saving 3 million unused tax forms from hitting the landfills this year. Save time, and do good! Join us.